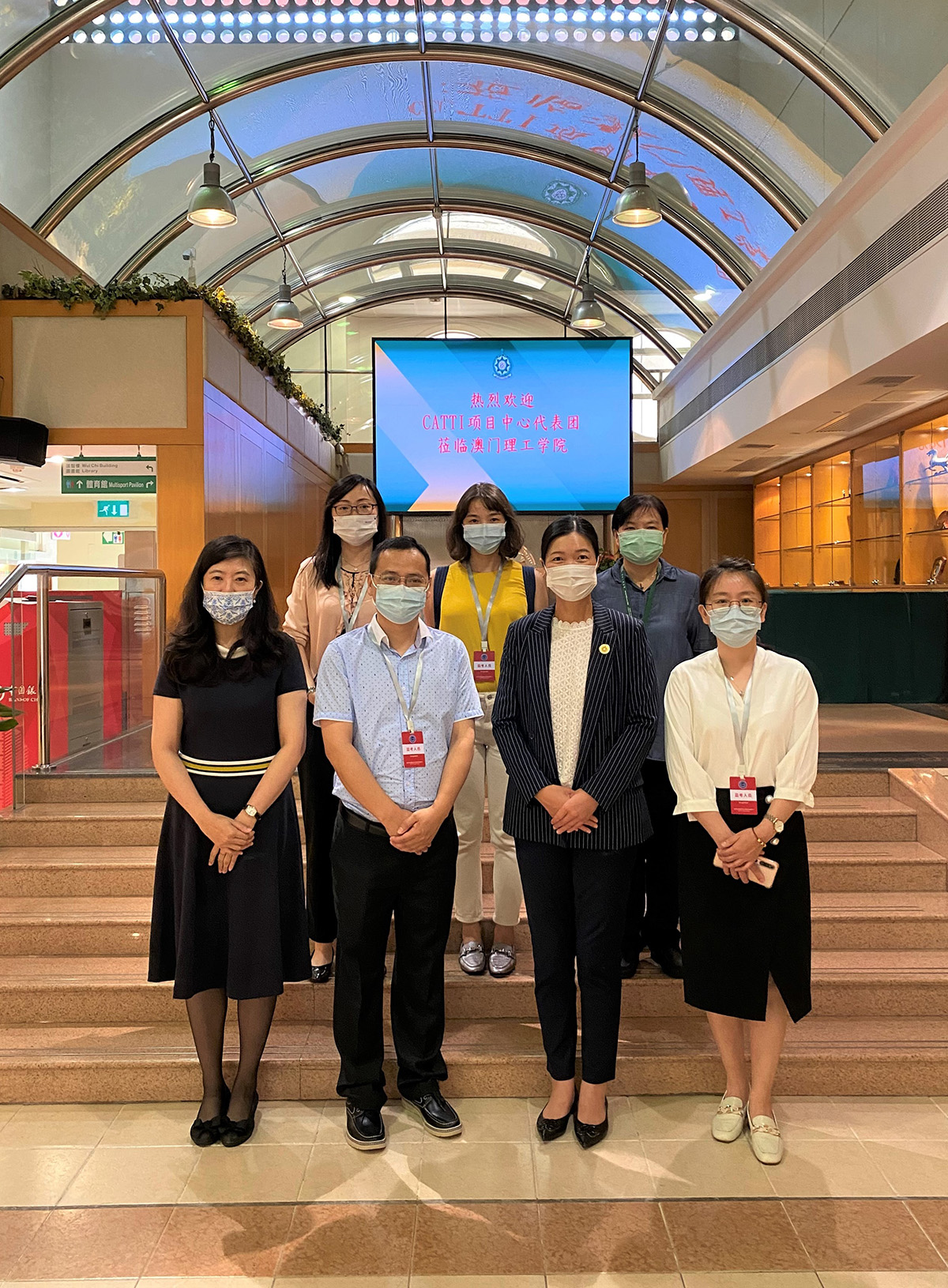 Macao's ever first China Accreditation Test for Translators and Interpreters (CATTI) was successfully conducted at the Macao Polytechnic Institute from June 19th to 20th. It was the very first time that Macao and Mainland China simultaneously launched this test on the same day. More than 100 candidates participated in the English and Portuguese-language interpretation and translation (level 1 to 3) test at the MPI test site. Prior to this, Jiang Ping, general manager of the CATTI Project Management Center of the China Foreign Languages ​​Bureau, and Feng Jingyi, deputy general manager, had paid a visit to the test sites at MPI. They were accompanied by MPI's Vice President Lei Ngan Lin and the Director of the School of Languages and Translation Han Lili, and were briefed on the allocations of the test sites and the conditions of the venue, other related security and confidentiality issues, and the anti-epidemic prevention measures during the tests, etc. They also provided guidance on technical aspects of the digitalized examination.

On the morning of June 21st, MPI’s President Im Sio Kei and the representatives of CATTI Project Center held a discussion over the connection work and cooperation of CATTI exams to further strengthen the training of local translators. Prof Im Sio Kei stated that the CATTI exam, as a national professional qualification (level) certification for translation, is the only language exam that is listed in China's national professional qualification system.

The Macao Polytechnic Institute is resolved to leverage this golden opportunity to give full play to its advantages in language and translation teaching, and to work with the CATTI Project Center to train high-caliber translation talents for Macao and the Greater Bay Area, in an effort to make greater contributions to the development of the Macao SAR. Jiang Ping, general manager of the CATTI Project Management Center, expressed his gratitude to MPI for administering this exam and congratulated the institute on hosting this translation exam in the Hong Kong and Macao regions for the first time and on the successful launch of the Portuguese exam. Jiang Ping also said that this examination would serve as a starting point for further cooperation in the training of Chinese-Portuguese bilingual translators in the future, making contributions to the training of Macao's translators, to the development of the Greater Bay Area, and to the exchanges of humanities and social science between China and Portuguese-speaking countries.

The China Accreditation Test for Translators and Interpreters (CATTI) is a nationwide translation professional qualification (level) certification implemented in China and offered to eligible individuals from the whole community. It is also an evaluation and recognition of the bilingual translation competence or proficiency level of the participants in interpretation or translation. The "Outline Development Plan for the Guangdong-Hong Kong-Macao Greater Bay Area" has positioned Macao as “one center, one platform, and one base”, an initiative to prompt Macao to actively integrate into the macro-strategic plans of the whole nation and to participate in the construction of the Guangdong-Hong Kong-Macao Greater Bay Area and the “Belt and Road” Initiative. As the exchanges between Macao and the Mainland or other parts of the world become ever more widespread, the demand for professional translators is bound to increase. As such, it is conceivable that the introduction of the nationwide English and Portuguese translation qualification examinations will have far-reaching impacts on Macao.