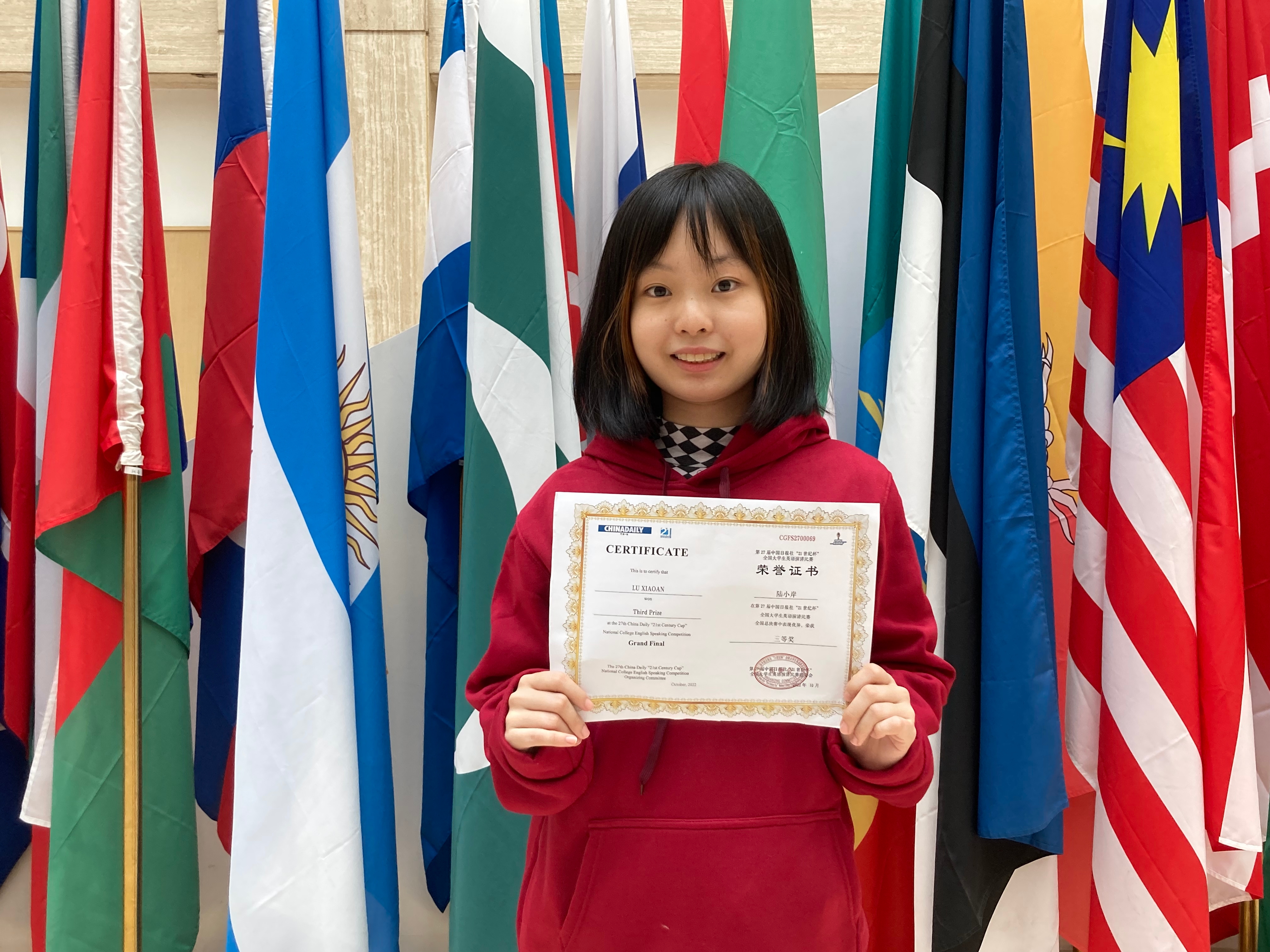 MPU student Lu Xiaoan won the prize in the finals

A third-year student in the Chinese-English Translation and Interpretation Bachelor's Degree Programme of the Faculty of Languages and Translation of Macao Polytechnic University, Lu Xiaoan, performed well and won the third prize in the final of the National University Student English Speaking Competition.

Lu said that she was very honored to represent UPM in the competition and that it was a great surprise for her to get this opportunity to share the same stage with the best students from all over the country in the competition final. She thanked her supervisor Zhu Ying for her help during the contest. This is the second English speech competition she has participated in, after the Macao-wide English Speech Contest. Such opportunities helped her to develop comprehensively her English, not only in oral but also in written form. For the young translator, such valuable experience improved imensely improvisational production skills. An old saying goes “a minute on the stage bases on ten years of hard work.”, which describes the efforts of the contestants. Each of the contestants, speaking eloquently on stage, has high qualifications and linguistic knowledge, which confirms the crucial role of the accumulation of practice.

Established in 1996 by China Daily, the "21st Century Cup" is the most prestigious and organized English language learning competition in China, and is highly valued by international authoritative English language teaching and examination institutions.

The success of the Macau Polytechnic University students not only demonstrates their excellent personal and professional qualities but also reflects UPM's philosophy of "striving for excellence at the worldwide level". In the future, UPM will improve students' liberal education, cultivate more global talents with international vision, exploring innovation and striving for development.