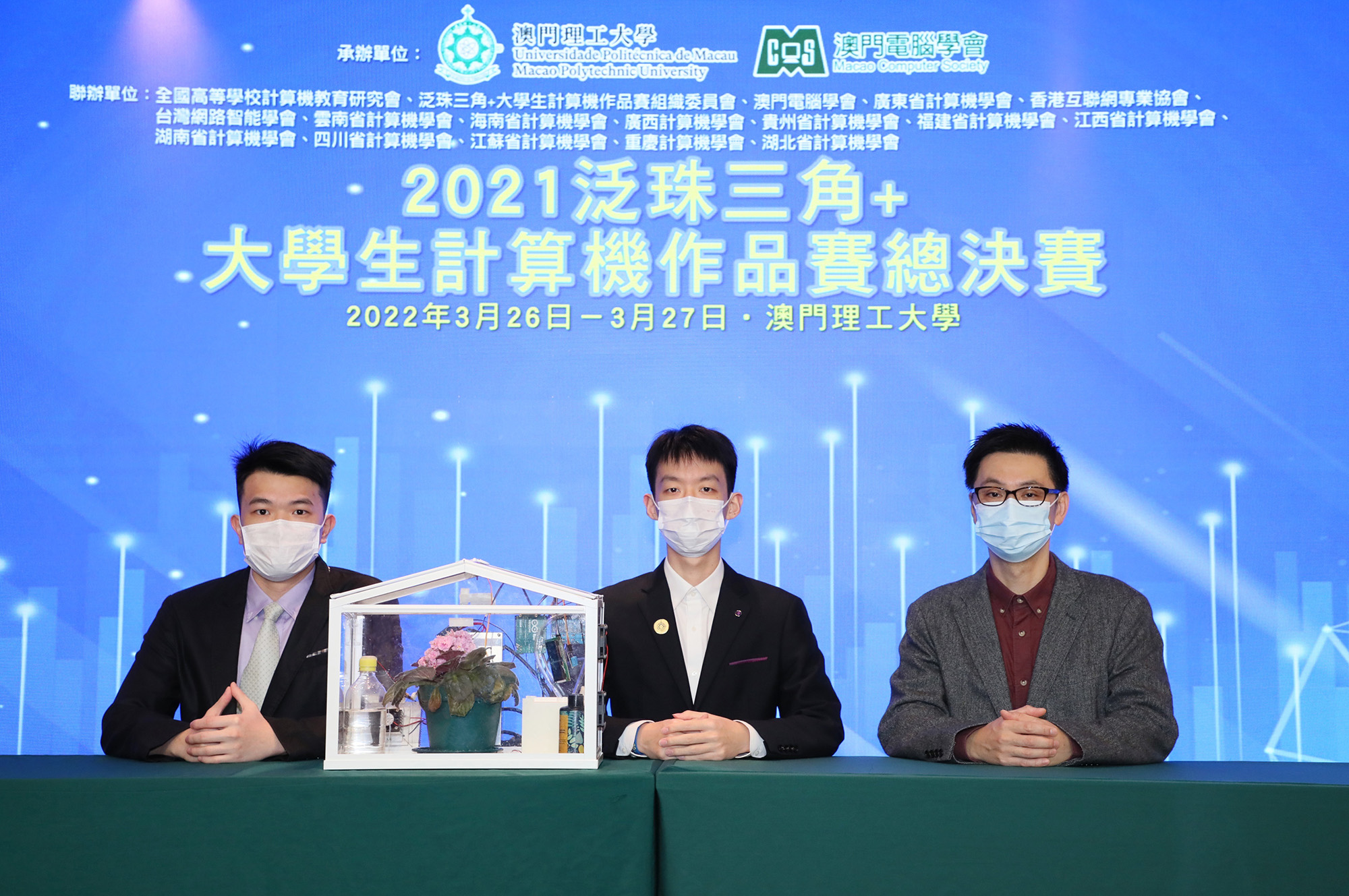 Both the competition and the closing ceremony were held online and co-chaired by Wan Kam Meng, President of the Macao Computer Society, Im Sio Kei, Rector of the Macao Polytechnic University, Huang Xuan, Vice Chairman of the Organising Committee of the Competition and Secretary General of the Guangdong Computer Society, and Li Zhenkun, the Jury Director of the Competition and a Professor of the Guangdong Computer Society. Wan Kam Meng gave thanks to the teachers and students for their hard work and recognition of the works in the competition, and he spoke highly about their outstanding performances that contributed to the success of the event.

The themes of this year's submissions were more diverse, with a considerable proportion of them dedicated to environmental protection, smart cities, and agriculture. This elaborated upon the students’ enthusiasm for the application of information technology in our lives.

The competition promoted the interaction and professional development of innovative talents in the Pan-PRD region, the Greater Bay Area, as well as the whole of China and Singapore and will further help to improve the level of professionalism of university students and cultivate outstanding scientific and technological talents for the industry.

Im Sio Kei affirmed that the entries in this competition cover computer-related fields such as artificial intelligence, big data, Internet of Things, cloud computing, and smart cities, which fully reflect the vigorous development of information technology applications in various industries. Furthermore, it echoes the exciting trend of scientific development and technological innovation in Macao SAR, Guangdong-Macao In-Depth Cooperation Zone in Hengqin and Guangdong-Hong Kong-Macao Greater Bay Area. The enthusiasm of the young generation in science and technology innovation and their courage to face challenges in the field of information technology will become the driving source for China’s future development. Concluding the event, Huang Xuan expressed gratitude to all sponsors for their dedicated support to the event. He emphasized the importance of rejuvenating China through science and technology. Innovative information technology has become the main force of future development, with the cultivation of young talents the top priority. Information technology in education is essential, and the winning entries are strong proof of educational success.

The MPU team was composed of Chong Ngai Neng, Szeto Hei and Tian Chenliang who won first prize with “Greenhouse Internet of Things System to Improve Human Environmental Awareness”. The project aims to build an IoT 24/7 smart greenhouse for home use and can provide comprehensive environmental control that can effectively optimize the climatic environment for plant growth. The system also builds big data for scientific research and analysis, and helps improve environmental awareness.

The Pan-PRD University Student IT FYP Competition has a 16-year history of being a high-level national competition in information technology and is widely recognized in both the industry and academia.

In order to promote exchanges in the Asia-Pacific region, a new team from Singapore was recruited this year to compete with other participants from 15 regions from across China. The organizers hope to further expand participating areas, enhance the national information technology development, and to improve the technology innovation platform for university students, so as to strengthen the competitiveness of universities and their students in innovation technology with the goal of making a positive contribution to the development of science and technology for China. 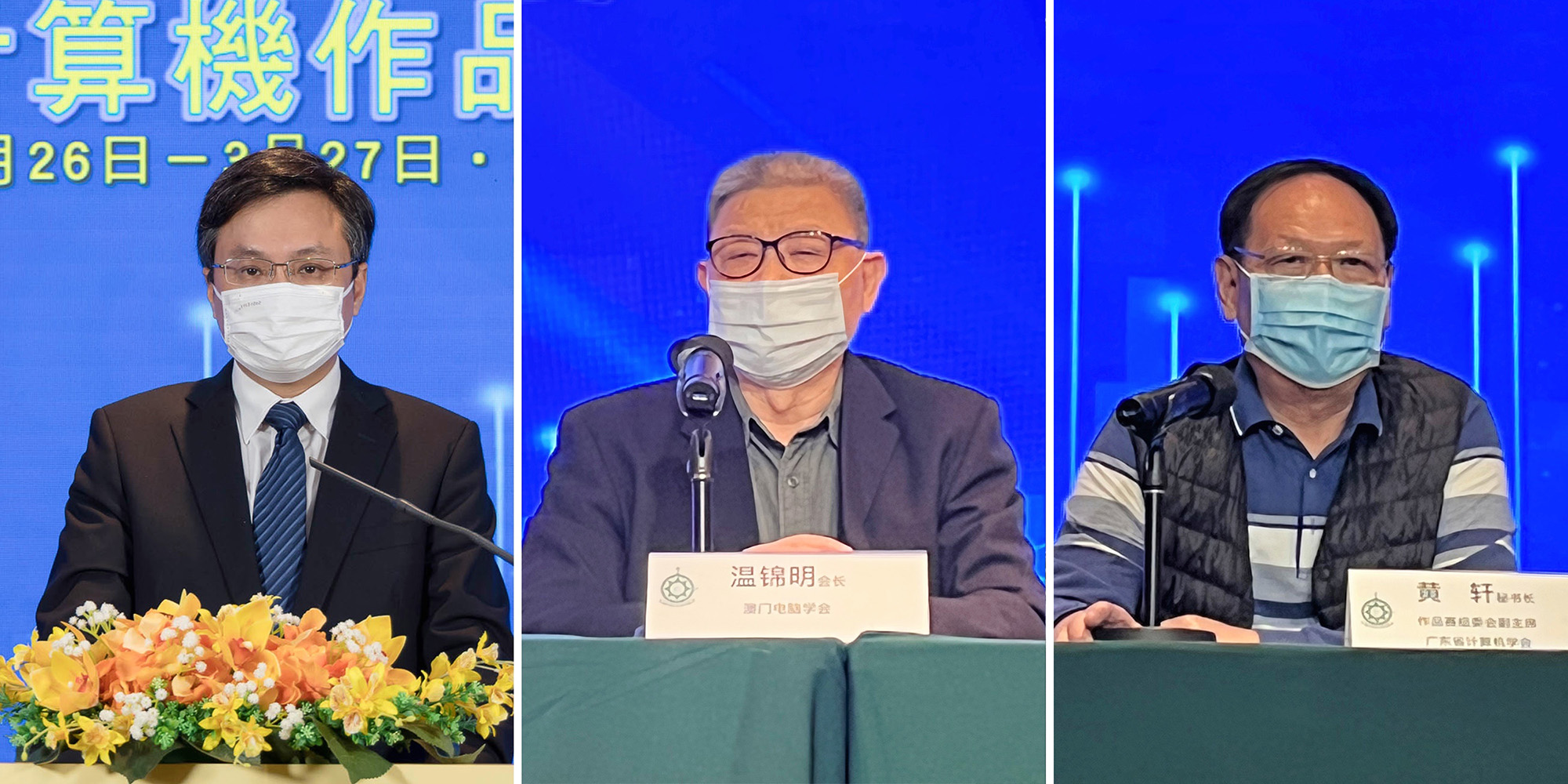 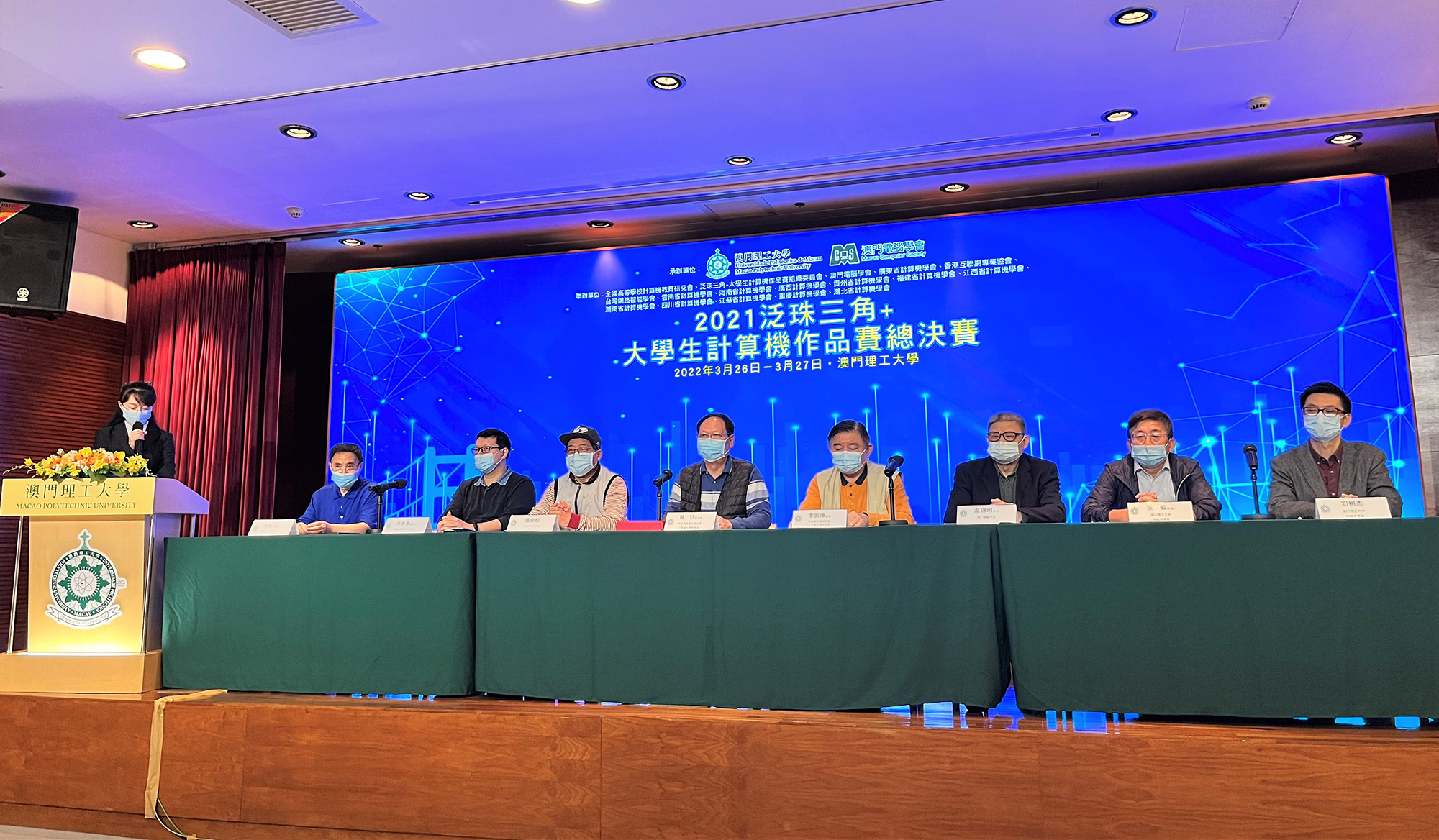 The Pan-PRD+ University Student IT FYP Competition Final, 2021 in progress