On December 5, 2019, the Macao Polytechnic University (MPU) (formerly Macao Polytechnic Institute) officially opened the International Portuguese Training Centre for Conference Interpreting. Based on the long-term friendly cooperation with the Directorate General for Interpretation of the European Commission (DG-SCIC), the Centre will further strengthen Macao's role as a service platform for business cooperation between China and Portuguese-speaking countries, improve the training effectiveness of both local and overseas Portuguese-speaking talents, strengthen the cooperation between Macao and other regions in cultivation of Portuguese-speaking talents, and raise the quality of the related human resources.

The establishment of the Centre is an important step for Macao to strengthen its ability in providing high-quality interpreting training. Moreover, it helps to build ties between the EU, Macao and the Chinese Mainland, promoting effective communication.

Both MPU and DG-SCIC hope that the establishment of the Centre will further strengthen collaboration. Under the Central Government's Belt and Road Initiative, in the context of the development of the Greater Bay Area, it will surely cultivate outstanding Portuguese teachers for Macao, Chinese Mainland and Asia, and improve the level of interpretation education, which will in turn help Macao continue to play the role of the Platform and actively build a "Chinese-Portuguese bilingual talent training base". 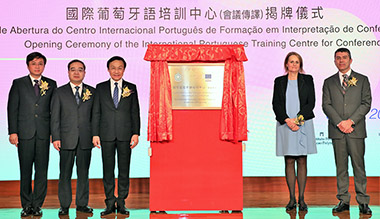 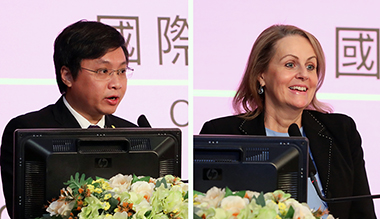