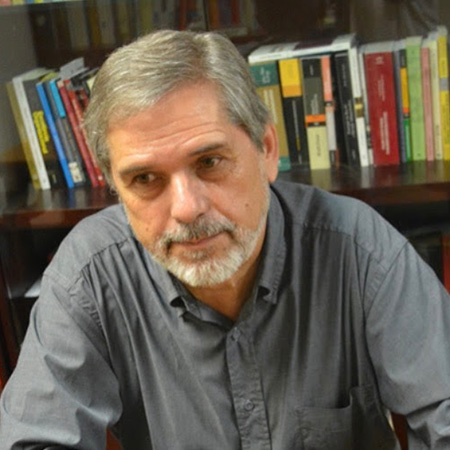 Professor Luciano de Almeida is considered by the scientific community as a reference in Sciences of Education, namely in the areas of public education policies, evaluation and management of higher education institutions.

He participated in the creation and restructuring of Higher Schools, creation and revision of Licentiate, Masters and Doctoral Programs. He promoted the internationalization of higher education in Portugal, enhancing cooperation between the Polytechnic Institute of Leiria and the Portuguese Polytechnic Institutes with Higher Education Institutions in China, Europe and the Portuguese-speaking countries, through the mobility of teachers and students and the creation of Undergraduate, Masters and Doctoral programs.

He has supervised several Master's dissertations and Doctoral Theses. He participated in several public examinations leading to academic Master's and Doctoral degrees and in faculty recruitment juries in various national and foreign institutions.

He has been a guest speaker at several conferences in Portugal and abroad, and has participated in numerous scientific and pedagogical conferences and seminars.

Abroad, he was director of the School of Languages ​​and Translation, in Macau (2014-2018), participating in several scientific-pedagogical committees.

He participated, on behalf of the Coordinating Council of Polytechnic Institutes (CCISP), in the process of evaluating the Portuguese higher education system by the Organization for Economic Cooperation and Development (OECD), promoted by the Portuguese government, as well as in the process of evaluating the higher education national system of assessment in Portugal. At institutional level, he coordinated the evaluation of the Polytechnic Institute of Leiria, carried out by the Association of European Universities (USA). He represented the CCISP in legislative processes relating to Higher Education at the Ministry of Science, Technology and Higher Education and at the Assembly of the Republic, actively participating in the drafting of legislation produced within the scope of the higher education reform (2006-2009). He was a member of the OECD International Evaluation Panel for Polytechnic Higher Education in Finland.