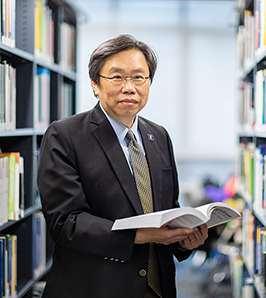 Professor Patrick Y.K. Chau is the Vice Provost in Research and Knowledge Exchange and Li Dak Sum Chair Professor in Information Systems and Operations Management at the University of Nottingham Ningbo China (UNNC). Prior to joining UNNC in 2019, he has served at the University of Hong Kong for almost twenty years, during which he has held various management positions, including Director of the School of Business and Associate Dean at the Faculty of Business and Economics.  In the academic community, Professor Chau is the current (2021-2022) President of Association for Information Systems (AIS). He served as the President of the Chinese AIS from 2005-2007. He was also the Founding President of both the College for Academic Leadership, AIS in 2015-2017 and the Hong Kong Chapter of AIS in 2006.

Professor Chau’s academic achievements and contributions have been recognized by a number of appointments and awards, including Chang Jiang Scholar Chair Professorship by the Ministry of Education, People’s Republic of China in March 2010, Padma and Hari Harilela Professorship in Strategic Information Management at the University of Hong Kong in February 2014, Qiushi Chair Professorship at Zhejiang University, China in September 2014, and Li Dak Sum Chair Professorship at the University of Nottingham Ningbo China in September 2017. He received the AIS Fellow Award in December 2013, an award by the Association for Information Systems to no more than six scholars in the discipline of Information Systems each year globally. Professor Chau was also invited and is now serving on the International Advisory Board of the Consumer and Organisational Data Analytics, Research Centre of King’s College London in the U.K., the FinTech and Digital Governance Research Centre of the National Chung Cheng University in Taiwan, and the Faculty of Management and Economics of the Dalian University of Technology, China.