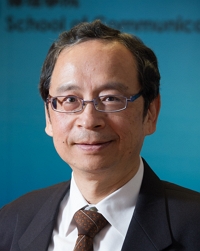 He has taught in Canada and the US, and was promoted to Professor at the State University of New York at Fredonia in 2000. In 2011 he served as a Visiting Professor at Chengchi University, Taiwan for six months, under the auspices of the Science Council of Taiwan.